What are the popular Fundraising ideas for cancer patients in India? 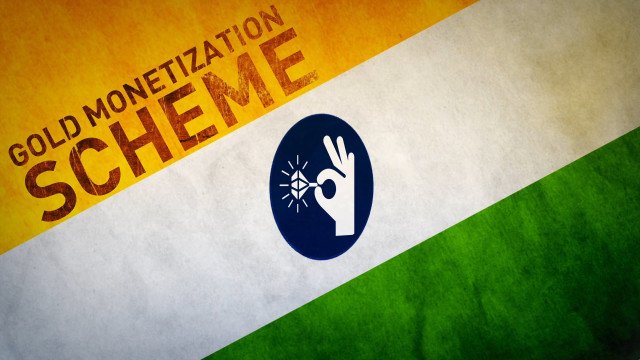 It’s been more than a year-and-a-half but the gold monetization scheme launched by Modi government is still struggling to attract customers. Rajesh Exports MD, Prashant Mehta, suggests that the interest rates are too low. This is not an attractive feature for the takers. Adding salt to their injury, there are gold loans offered by various banks and financial services that feature better parameters. Instead of earning small portions of interests, people would rather avail a huge loan on their gold assets.

As explained by Union Finance Minister, Arun Jaitley, the gold monetization scheme is a deposit tool that ensures the mobilization of gold possessed by Indian families and various financial organizations. The scheme was released in hopes that it would push gold as a productive and functioning asset instead of lying static inside a locker. The plan lets investors make Short Term Bank Deposits (SRBD) for 1-3 years and Medium/Long Term Government Deposits (MLTGD) for 5-15 years on 2.50% interest per annum. SRBDs will be taken into account only by the banks, while MLGTDs shall be accepted on behalf of the Government of India. The scheme is eligible only for Indian citizens and it accepts a minimum gold deposit of 30gms in form of bullion, bar, or jewellery.

In an interview, the Rajesh Exports MD mentioned the massive gold imports that are responsible for India’s trade deficit. In 2016, the scheme deposits were only 6,410 kg, which was less than 2% of the annual gold imports. Rajesh Mehta suggested that in order to make a good amount of deposits, the interest rate should be increased at least 6%. The current rate of 2.50% would only return Rs 2250 on a 30 gm gold asset. If the rates are increased, it will induce more gold sales, which is good for the gold sector. As a result, the economy will be less dependent on gold imports.

Sadly, the gold import duty is also high. Bhima Jewellery Chairman, B Govindan, pointed out that if the government wants to drive down the gold imports, then it has to make feasible and profitable decisions. The gold sector can bring in a lot of investment if it has a steady ascent on the graph.