When we speak of gender equality, it’s not easy to be optimistic. Even though there’s progress, the gender gap won’t close for a few more decades. But the change is happening for sure. The nature of power is becoming less institutional and less predictable.

The “change” we speak of happens due to efforts of women like these: Aditi is educating the society about menstrual hygiene and health via her website www.menstrupedia.com. Menstrupedia is a useful guide to periods that aims at delivering information through media. Menstrupedia is a great way of shattering the taboos that surround menstruation. Her initiative has been receiving overwhelming responses from everywhere.

“Even today, I feel sorry for the 12-year-old me. Back in 1992, and even today, in many societies, menstruation continues to be an unspeakable curse,” says Aditi. Aditi’s efforts are admirable, but her journey is just awe inspiring. 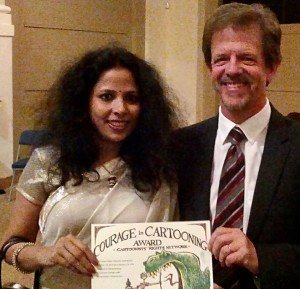 Who remembers the self-styled god-man Asaram Bapu sexually abusing a minor on the pretext of relieving her from evil spirits? Karnika Mishra, a 33-year-old cartoonist, certainly does. Karnika was so provoked that she ended up creating a cartoon character called Karnika Kahen, an ‘aam ladki‘ (female equivalent to common man) who stands against social injustice. Karnika Kahen made her debut on Facebook on 31 August 2013.

Karnika’s story was posted in various newspapers. She was also threatened by the goons of Asaram Bapu but nothing deterred her.

Arpita launched a not-for-profit startup named Give Freely in January of 2016. “Usually NGOs and charitable organisations ask for money and donors are wary of the cash being misused by management,” explains Arpita. She came up with an idea of a stage where NGOs can list their requirements in kind, say 20 kg of rice, and donors can make donations in kind. Along with her team, she personally vetted all the NGOs on the web platform before inviting them. 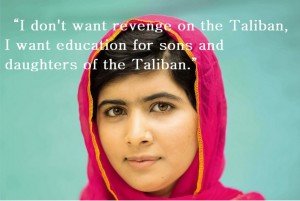 Malala Fund has been a huge success, thanks to tireless efforts of the 18 year old Malala Yousafzai. 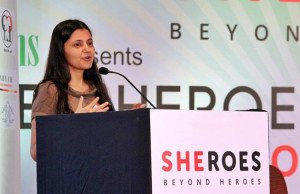 Sairee co-founded Noida-based SHEROES back in January 2014. This organization curates flexible corporate and work-from-home jobs for women in India.

SHEROES has been helping in building a community of working women. Its aim is to help them find resources and mentors. SHEROES focuses on helping women who seek a career and also want to maintain work-life balance.