How women empowerment scheme can help build an egalitarian society 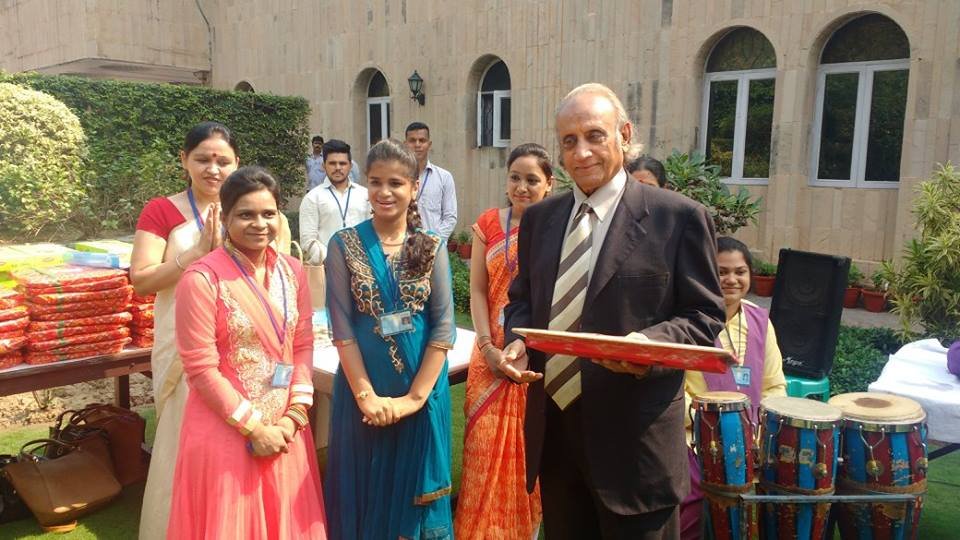 It is commendable to establish a flourishing empire. However, there are a few entrepreneurs who go an extra mile to ensure social welfare, along with their business success. They strive to help the underprivileged through their noble initiatives.

Fortunately, India boasts of a number of such entrepreneurs who have undertaken various social initiatives. Sanjay Dalmia, a leading Delhi-based industrialist and philanthropist is certainly one of them. He has always been focused on the effective growth and development of the country.

“As individuals, groups and corporates, we all need to do our bit for the upliftment of the underprivileged. I would like to continue and focus my contributions towards the society in whatever capacity I can,” he says.

In his attempt to promote trade, commerce, and investments between India and Europe, Mr Dalmia laid the foundation of Europe-India Chamber of Commerce (EICC). Apart from this, he believes that there are a number of developmental issues in the country which require attention, especially healthcare.

“Ensuring that everyone has access to good health is the biggest challenge as well as the need of the country. Healthcare should be available at each and every corner of the country and at a subsidized cost for the lower strata. We need to ensure affordable healthcare for all,” says Mr Dalmia.

Social initiatives of Sanjay Dalmia well reflect his commitment towards the nation. He is actively involved in various social/charitable organizations, including Masoom — a school for special children from the economically weaker section of the society.

Dalmia Sewa Trust is yet another initiative based on philanthropic activities such as providing safe drinking water to the people of Chirawa (Rajasthan); organizing free health camps for patients suffering from asthma, eye ailments, etc. The organization is keenly advocating the idea of Swachh Bharat by doing its own bit in Chirawa.

The foundation of the Bharatiya Socialist Republican Trust (BSR) by Sanjay Dalmia was aimed at providing healthcare facilities to the impoverished sections of society in New Delhi.

“My team is working towards improving the basic standards of living by providing clean drinking water and effectively addressing the issue of sanitation in Madanpur Khadar,” said Mr Dalmia.

“The Bharat Maa Shaheed Samman Trust has been formed by us with the sole aim of expressing appreciation and honouring the freedom fighters who came together to fight the colonial powers and win freedom for our Mother nation at the cost of sacrificing their very life. The trust is also extending financial support to the dependents of the martyrs for their education and livelihood,” he further explained.

Along with the entrepreneurs like Sanjay Dalmia, the government too lays emphasis on CSR initiatives. Summing up its efforts, Mr Dalmia said, “The government is keen to promote CSR and philanthropy. This approach is echoed in the Companies Act 2013, which seeks to mandate corporate social responsibility (CSR) for larger companies. It specifies a fairly wide range of activities that can be undertaken within the ambit of the mandatory (comply or explain) 2% spend on CSR.”

On being asked about his goals for CSR and Sustainability, Mr Dalmia said, “I strongly believe that every individual can play a role in the development and betterment of the society. When we all start contributing in the social and economic development of the country, we will be the best country in the world.”

“My commitment towards my country and its people makes me passionate about social work,” he added.