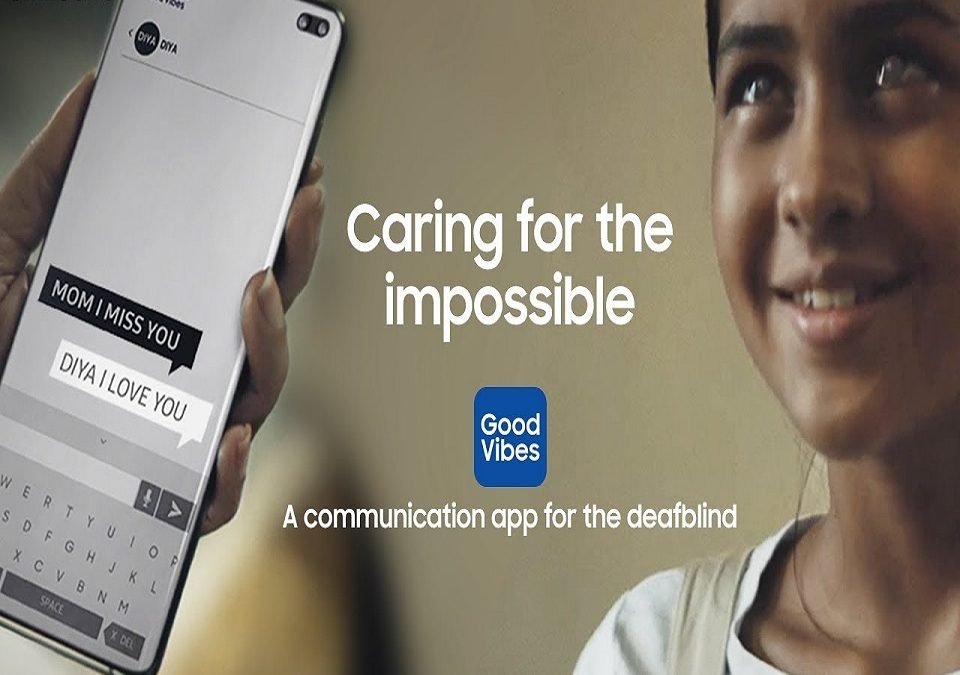 Be it the social welfare app Self4society launched by Prime Minister Narendra Modi, or the digital app for skilling called Skill train, it seems like technology has made social conciseness a lot more handier and practicable.

The firms are now proactively engaging and using apps to channel their CSR initiatives better. A recent addition to the name is that of tech conglomerate Samsung, who has developed an Indian app called ‘Good Vibes’.

As per the stats by the Rehabilitation Council of India, in India, about half a million people suffer from deafblindness. Therefore, Good vibes has been postulated as a strong effort to help those affected by impairment.

Through the app, a deaf-blind person uses a combination of dots and dashes to send messages, which are then received as text or voice on the caregiver’s app. Similarly, text or voice messages sent are received as vibrations in Morse code that the person with a disability can comprehend.

“We have partnered with Sense India to take Good Vibes to the deaf-blind across the country. We have conducted training workshops for educators, deaf-blind individuals along with their caregivers in Delhi and Bengaluru,” Samsung India Vice President Trivikram Thakore told reporters. As for the accessibility, he stated that the app will be available on Samsung Galaxy Store, and will soon land on Google Play Store as well.

The app, which has been in the making for two years now, and has been an aberration when it comes to technological effectiveness in providing dual-way, self-supported, interactive tools for the deaf-blind. Elucidating more on this, Thakore said. “Over the last few months of training, the basic functionality of the app was tested and fine-tuned through their feedback. The notifications, text sizing, duration and interval of vibrations were improved upon after these workshops.”

The brand has been in active partnership with the National Association for the Blind (NAB), Delhi and is providing it with its Gear VR (virtual reality headsets) and Galaxy Note9 smartphones.

It will also use the second app-building – Relumino, to help vision-impaired students see images clearer. NAB will use Relumino in classrooms where students with low vision will use these devices to understand better, thus, helping them improve their learning abilities.